I was in the Hood River area yesterday, enjoying a rare outing on the bike. The weather was lovely for riding, although there was nothing exciting about the skies, so I shot almost nothing throughout the day. I planned on staying in the area until sunset–which, thanks to the northern climes of Oregon and Washington, meant 9 p.m.–and I was hoping that we might end up with a little bit more drama.

I wandered around Mt. Hood for part of the afternoon, and decided to try and head up by Mt. Adams for the end of the day. Adams is a much prettier mountain to my eye, and it’s particularly beautiful in the late spring, as the snow starts to melt.

I drove by this location about 6, and made a mental note of its beauty. Just the look of the valley, with the fresh-cut bales of hay and the mountain in the background, said that it would be perfect as the sun dropped behind the hills (which are off to the left of this frame).

After exploring some locations in Trout Lake, the last town south of Adams, I headed north on a forest road to see if I could find an overlook, when I decided to hightail it back down to the farm in the valley. I got to the spot with literally minutes to spare — after six frames, the sun completely disappeared from the valley. Adams continued to glow, but the valley was dark.

Of course, there’s no sky to speak of here, just some end-of-the-day stratification and haze, but I’ve now got a pretty cool place to keep checking out. One of these days, there will be a prettier sky, and I’ll scout it out a bit earlier.

If you want to see how much difference an hour made to the light, check out the shot below, which I took up in Trout Lake about 55 minutes before the shot above. I didn’t do anything to the color in either image; when the sun’s going down that quickly, it does some wonderful things with light. (Click the image to see it bigger.) 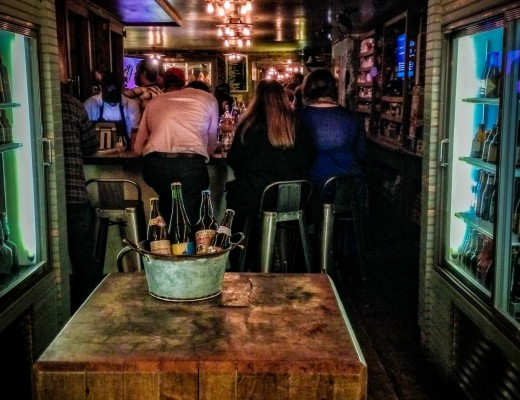 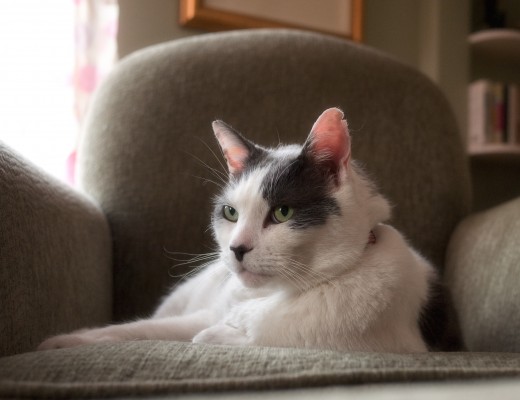